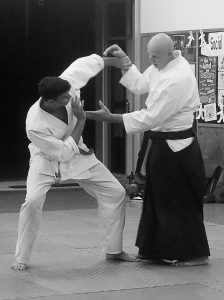 I came to Aikido after 4 seasons of professional sport, I had decided I wanted to be an athlete at the age of 14. I was lucky in that I had grown up getting used to hard work as my family had a small hobby farm, and being the eldest boy, my non school hours were spent doing all manner of farm work from hand cutting fresh plantation beds to carrying loads of dirt and manure. From a young age I became proficient with garden tools, especially shovels and the mattock.

What I am trying to say is that my development years held me in good stead when it came to body strength and endurance as well as a strong work ethic.

When I started Aikido I was strong, able to press 150kg and squat 200kg(I am 6’4” and 115kg), due to a rigorous training regime. All of these things contributed to a person that started Aikido that already had a different background to those stereotypically found in Aikido.

I trained diligently my first year, attending every class on offer, which at my first Dojo was luckily ten a week.

I was lucky enough to meet the Shihan that had been sent to my country to disseminate Aikido, and, after receiving ukemi for him, realised there was a quality and feel to his technique and structure that I had not experienced from anyone else before. It occurred to me that some of those around me had been doing Aikido for almost thirty years, and were nowhere near what I had just experienced in technical ability, but more importantly in body feeling.

I was in Japan three months later to begin training. I did not believe it was possible that what he had was the exclusive right of those born in Japan alone. After all, humans are humans. Being an athlete had taught me one thing, that anything is possible as a human being if one works hard enough, keeps an open mind to change, and looks for ways to constantly elevate their technical ability.

I still believe this, it has almost become a life mantra, that anything is possible as long as you just believe it is.

One of the first things that was obvious to me was the difference in training, in intensity, in repetition of basic movements and in zero tolerance for mistakes. Also there was a much greater emphasis on the ukemi component, and I was tutored by seniors outside regular class hours as to how to improve my skill and understanding in this vital area.

I remember failing to do basic footwork correctly , then being made to stand in the corner like a bad child writing lines, and repeat the movement for the duration of the class.(I didn’t realise at the time that these basic movements, that I practiced everyday, and where quite unique to my Sensei, would later lead me to understanding some internal aspects of Aikido movement)

I vividly(painfully?) remember being struck when I was standing in an exposed position during technique, or knocked on my ass if I was unbalanced.

I remember being taught to cut showmen with a bokken and tsuki-jodan with a jo, and being told that if I mastered these movements I would not need to learn fancy kata. I made a decision at that time to complete 1,000,000 sword cuts, which I completed about ten years ago, most against a tanrenuchi in my backyard or in my Dojo.

Training over there was very different in every way. I asked questions and received answers on many topics that seemed to contradict ideas and teachings in Aikido books in English, as well as what I had been originally told regarding Aikido philosophy and spirituality, in short my budo eyes were being opened, and I never wanted them closed again.

On returning to Australia, I floated between Dojo and even organisations trying to find what I had in Japan. I eventually decided to move and opened my own Dojo to return to or even go beyond the intensity in training I had experienced in Japan, and so I did, for the next 5 years average about 40 hours a week on the mat, exploring the techniques and principles that had been drilled into me in Japan. It was during these years I met Maruyama Sensei and dedicated myself to him and his teachings.

My personal Dojo offered 10 + 2 hour classes a week as well as personal classes and weekend weapons classes in soft sand at the beach. I surrounded myself with like minded individuals that wanted to discover Ueshiba’s Aikido, and weren’t afraid of how hard it may be to find it. By this time I had totally rejected what I had seen in my country and in the west in general as a way to discover the secrets of budo, and created misogi through tanren in a hope to rediscover the ancient ways and transcend the body. 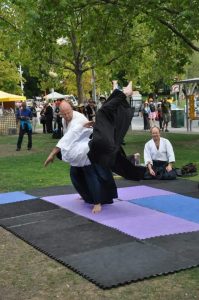 This was my journey to Aikido. I never worked full time as I trained too often. I sacrificed that side of my life, when many young people are working hard thinking of purchasing a home and getting married and having a family, I was obsessed with getting something I hoped was more lasting. Lucky I had a partner that was supportive of this, and eventually got married and had children, and though the training slowed, it still remained a DAILY study.

In my training life there have been many truths I have lived by.

Firstly in learning reject nothing due to prejudices or fears. You can’t look at others Aikido and say that isn’t Aikido, it’s too violent, to martial(I have been accused of this many times), it’s too extreme, it’s not harmonious, it’s too hard. Every aspect of Aikido needs to be studied to be understood, not just one.

Don’t reject ukemi styles either. Actually truly learning ukemi is the secret to learn to absorb and redirect force through the body.  Break falling, done correctly strengthens the joints, and helps build an immovable body. Don’t hold onto the simple kata of Aikido rolling and falling as correct for these connections, it is at the beginning, but at the end, when working on the principles, it has to be thrown out, as connection increases, attachment to form decreases. Ki musubi isn’t an action, ki musubi is a feeling. I have been very lucky in my life to have taken ukemi for about 14 different Shihan, so I say this from experience, not prejudice. Ukemi, real unattached ukemi is the secret to elevation in Aikido.

Look at videos of the founder, of the senior Shihan he left to dissipate Aikido to the world and find the common thread. Look for the common thread. Tohei, Saito, Shirata, Shioda, Hikitsuchi, Sunadamaru and Yamaguchi are my favourites, and I have watched literally all that I could find on their Aikido and tested nearly all of it at one time or another.

Learn to see Aikido basics as just that basics, not techniques as much as teachings or lessons in specific hidden principles, especially those techniques from Ikkyo through Gokyo, which are not techniques but lessons in body movements and building connections through the structure and softening the joints. ( prewar the techniques were called Kajo, or lessons, not techniques for example Ikkyo was called Ikkajo, literally first lesson. Yoshinkan Aikido still uses this naming method)

Allow yourself and your Aikido to be challenged, to be pressure tested in a more realistic situation. Yes, you may get hit, it’s ok, Aikido is a martial art. Take these lessons and workshop them, find out why you failed, then try again but with a better understanding. Never reject challenges by hiding behind dogma. To change someone, first earn their respect by rising to that challenge instead of running from it.

Stay fit and strong. When you read about the founders students, they were all very strong, powerful individuals. Tohei and ki Aikido may have been soft in nature, but he was a powerfully built man with thick legs and trunk. Maruyama Sensei still does weight training and physical exercise daily, and he is 82 years old. Don’t reject such lessons, they are more important than breathing if you want to do what they can do, you need to do what they did. There are no shortcuts to this, it’s not the Japanese mind versus the western mind, or the Japanese way versus the western way, it’s just quite simply the budo way, and rejection of this way leads to a hollow shell of form devoid of any function.

As an Aikido teacher it is my job to help those that would study the way to understand the way. To elevate all those below me in grade, I must be honest in my experience and share these truths. If I say technique or training methods can’t be done a certain way, it’s not out of arrogance, or ego, but what I am actually saying to you is “don’t make the same mistakes I made, don’t fail where I have failed”, my experience wasn’t debating the merits of such aspects, my experience came painfully, and I have chosen not to teach in such a way, but in the real world the lesson would be much more severe than it is on the mat, so indulge this crazy fool and just listen..

Respect the time and effort those above you have put into making such mistakes. Aikido isn’t a competition, it is a journey to the top of a mountain that never ends.

A journey to where you can discover glimpses of important concepts through experience and hard work, not through dialogue and dogma.

Tanren, mushin, zanshin, misogi, ki musubi, yamabikko no michi, aiki o kakeriru, fudoshin and misogi harai are not just concepts to be spoken, but rather states of awareness to be experienced and understood.

Anyone telling you they can articulate these concepts to help you to understand is just kidding themselves and misleading you. They are the essence of what will come when the ego self is overcome in the process of training free from personal agenda. The words sound fancy, and their meanings and concepts truly are, but the journey to them is not any easy path.

Don’t hold any human being above another. There is no such thing as a master of men, only those that can master themselves. 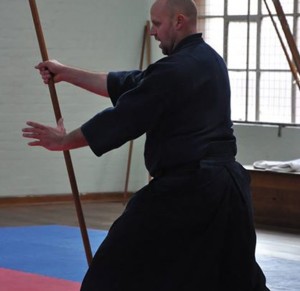 This can be your Aikido journey if you choose, I know it has been mine, and the juice has been worth the squeeze.