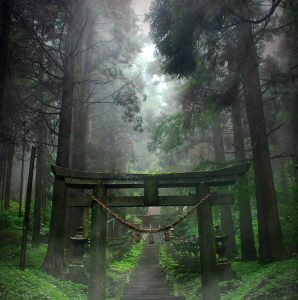 I have written this article because both Peter and Martijn have asked me to clarify the connection between Morihei Ueshiba, the founder of Aikido, and Aikido Yuishinkai.

I worry that people from overseas, who have grown up in a different culture, with different customs, may not fully understand the meaning of “true Aikido,” which the founder held up as his ideal.   However, because I have been asked, I will write it, and if it seems at all foreign, please just take this as an insight into the Japanese mindset. 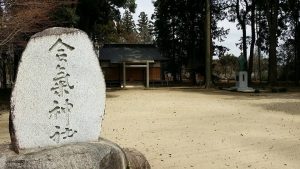 things like “I’ll strike from one step back,” when practicing shomen-uchi iriminage, or “I won’t do something stupid like training with the Jo until I’m worn out!” or “it’s enough for us white people to learn the form!” It makes things difficult for me.

I’ll now get into the substance of the piece.   In ancient Japan, bujutsu (martial arts), and religious festivities were considered to be the same thing. Politics was also considered to be the same as religious festivities. This is why in Japan, politics is also known as matsurigoto (festival business). The ancient ancestors of the Japanese people always lived alongside their gods. In ancient times, in Japan, bujutsu (martial arts) was thought of as a way to soothe the soul of another person. The Kojiki uses the words “kotomuke, yawashi” (lit. to direct words at and pacify) to mean to make another person submit. This is literally referring to eliminating the other person’s fighting mind through kotodama. The founder would always say “It’s kotodama. Aikido means to eliminate the fighting mind of the other person.” 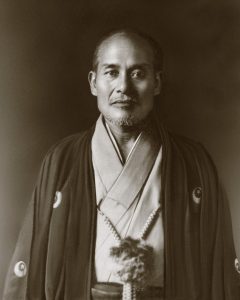 Once a person does that, they return to their true, untroubled state of being. Today, there are many problems confronting the world. These problems arise due to the separation of body and soul.

The founder passed away part-way through his journey. I believe that it is the duty of Aikido Yuishinkai members to take on the mantle of the founder’s ideals and wishes, to receive the founder’s teachings through me, who sat by his deathbed, and to pass them on so that the next generation does not forget or mistake the “true Aikido” that was created by the founder, Morihei Ueshiba.

Wei Wu Wei What’s love got to do with it?
Scroll to top